The state of Andhra Pradesh is famous for its spicy cuisine. Biryani, kebabs and saalan is famous all over the state and Kurnool is not an exception. Whether it is the the humble idly or the fiery biryani, you would get a host of flavors in and around Kurnool. The cultural factors also greatly affects the cuisine of an area. 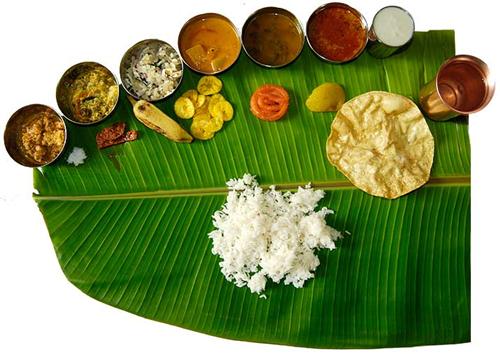 The cuisine in Kurnool is largely inspired by the Andhra cuisine. It takes a major part of it from the neighboring Hyderabadi cuisine as well. The food has distinct flavors and aroma. The spices blend well with the vegetables or the meat which results in a delectable dish. Since Andhra Pradesh is one of the leading producers of red chillies, the cuisine of Kurnool is quite spicy. Vegetables and cereal make a staple in many parts, but an increasing number of people are turning towards sea food as well. Culture has a great impact on the food of the region. The area is dominated by variations of Andhra cuisine, but slowly the trend is changing. Today the world has become more aware and advanced. With the advent of new technology, people share so much via the internet. It is a multicultural society and people of various castes and religions live here. The good thing about this mix is that people get with themselves their food habits. This leads to a healthy exchange of ideologies and food.

Street food is the essence of any city. Whether it is a metropolitan city or a village, you get to savor the authentic taste of the regional food through the wide variety of street food. Kurnool is like any other city that loves food. Whether it is samosa or a small idli stall, you’ll get a plethora of choices at the street food vendors. The atmosphere is lively and buzzing with zeal and enthusiasm. Street food comes as a refreshing change and is quite affordable. Whether it is the local residents or travellers, one gets to see the city come alive at these street food joints.

Some of the most popular street food items in Kurnool are - bread omlette, maggi, samosa, chai and fan, mirchi pakoda, idli, etc.

There are various restaurants in Kurnool that serve wide variety of food. From street food vendors to specialty restaurants, the city caters well to the foodies. To give residents and visitors an overview of Indian traditions and tastes, the regional restaurants offer cuisines from different states of India. So be it idli, dosa or biryani and kebabs, you’ll get them all in Kurnool. The specialty of the region is of course the spicy Andhra cuisine and the mouth watering biryani. Some of the most popular restaurants of Kurnool are – Holiday Inn Garden Restaurant, Masala Bowl Restaurant, Mourya Inn Restaurant, Kurnool Club Restaurant etc. For a detailed list of restaurants in Kurnool, click here